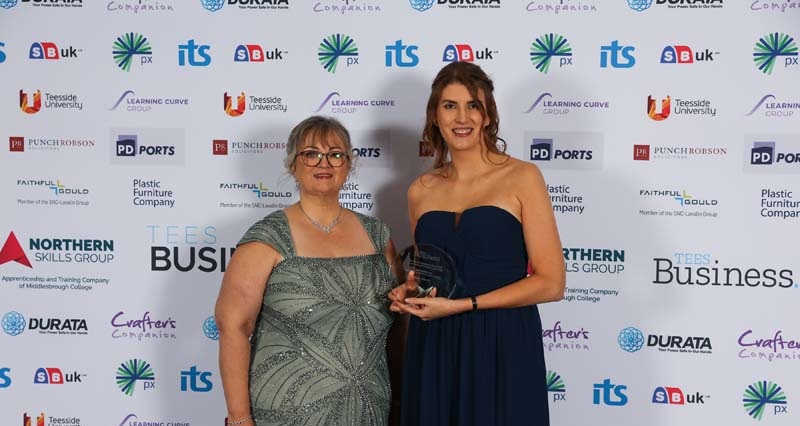 1st for EPA has been named Best New Business at the prestigious Tees Businesswomen Awards 2021.

We’re an Ofqual-recognised EPAO and won the judges’ approval for our hands-on approach to end point assessment, working with training providers to support apprentices through EPA. 1st for EPA’s ‘apprentice first’ philosophy has seen us grow from concept to a major player in the EPA market in under 2 years. Today, 1st for EPA assesses hundreds of apprentices and counts some of the UK’s biggest household name employers and most respected training providers amongst its clients.

In addition to being named ‘Best New Business’, we were finalists in the Best Small Business and Training & Apprenticeships categories.

Managing Director, Helen Shinner, said: “I’m so proud of the whole team and all the hard work they’ve put in. To be recognised with this award is a true testament to their dedication and commitment to changing the EPAO landscape.

“The starting point for 1st for EPA was recognising the need to break away from the traditional image of assessment – there’s no room for separation between awarding organisations and those they’re assessing. Instead, both EPAOs and training providers should be working together to support apprentices, allowing them to perform to their best. When we do that, everyone wins – apprentices, employers and the economy.”

We beat tough competition from local and national businesses. Helen continued: “It’s such an honour to be named alongside some amazing businesses that were all founded in Teesside.”

The Tees Businesswomen Awards 2021 are a celebration of women-led and women-inspired businesses that were born in Teesside. Now in their fourth year, the awards have become a supporter of the north east Power of Women campaign. Past award winners include Wander Films and Sir Robert McAlpine.

To find out more, see the Standards we assess. 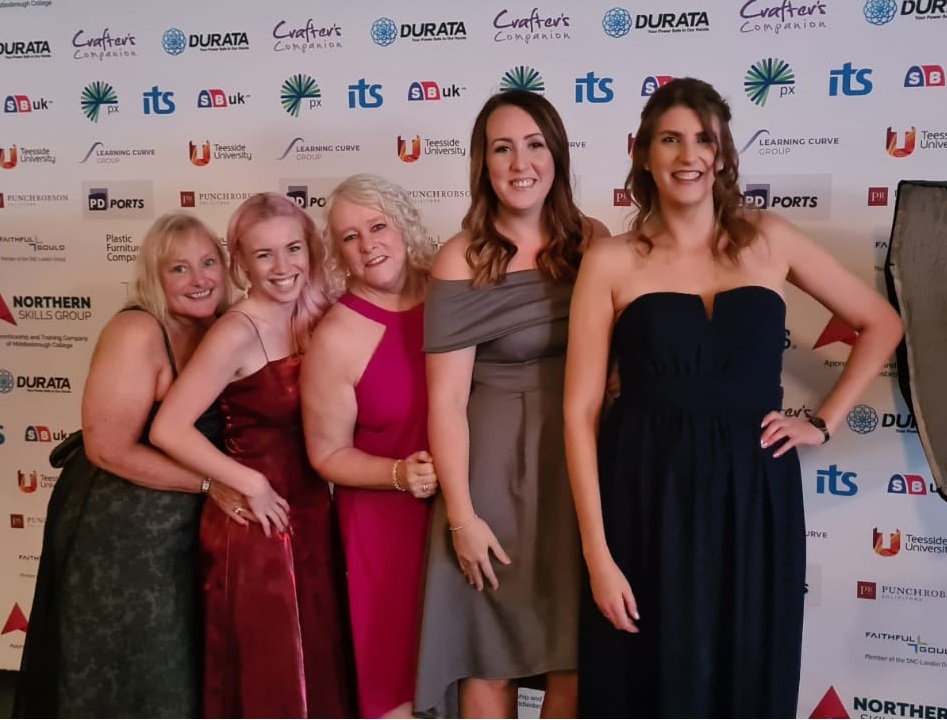 See all the standards we assess

Employers and training providers we work with

This website uses cookies to improve your experience while you navigate through the website. Out of these cookies, the cookies that are categorized as necessary are stored on your browser as they are essential for the working of basic functionalities of the website. We also use third-party cookies that help us analyze and understand how you use this website. These cookies will be stored in your browser only with your consent. You also have the option to opt-out of these cookies. But opting out of some of these cookies may have an effect on your browsing experience.
Necessary Always Enabled
Necessary cookies are absolutely essential for the website to function properly. This category only includes cookies that ensures basic functionalities and security features of the website. These cookies do not store any personal information.
Non-necessary
Any cookies that may not be particularly necessary for the website to function and is used specifically to collect user personal data via analytics, ads, other embedded contents are termed as non-necessary cookies. It is mandatory to procure user consent prior to running these cookies on your website.
SAVE & ACCEPT

Before we say bye…

You have successfully subscribed to the newsletter

There was an error while trying to send your request. Please try again.